My son was born while I was stationed in Hawaii. I regret not being home, but it was a small sacrifice compared to the war effort in general.

I was born in 1919 in Mason City, Iowa. I went to high school there, then to junior college, and finally to Iowa State, majoring in mechanical engineering.

I had a younger sister and two younger brothers. My dad emigrated from Greece in 1912. My mother was from Germany, and I wish I knew how they met, but I don’t remember.

My dad tried many businesses. He had a pool hall, hot dog restaurant, grocery store, and a shoe and hat repair business.

He finally wound up with the shoe and hat store. My mother stayed at home with us most of the time but did some baking for a local food store.

After college I went to work for General  Motors, and because of my work in an essential industry, I had a deferment from the military. I also got married about that time.

GM had been converted to tank and rifle manufacturing. I was a draftsman assigned to the task of retooling the spindle machine to adapt the housing for tank generators. I had been working there four months when I was called up. 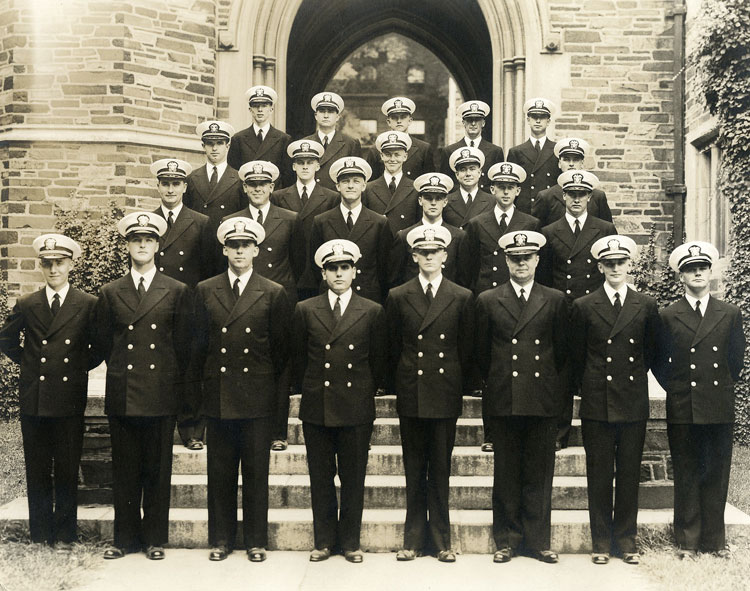 I was finally called In May of 1943 and I was given my choice of branches to join. It was a golden opportunity to get a commission and to serve my country. I picked the Navy because I swim better than I walk.

It was September of that year before I was assigned to Princeton, New Jersey, for my indoctrination. It was a 90-day program — they called us the “90-Day Wonders” — and at the end I would become an ensign in the U.S. Navy.

The first day we had field drills and were assigned bunks. We marched and marched and learned to move around in the dark while aboard a ship. Albert Einstein was at Princeton at the time. He went out for a walk every morning and always greeted us by saying, “Guten Morgen.”

People get a big bang out of that. I tell them that Albert Einstein was a classmate of mine. I never had a discussion with him. He was just there.

When our indoctrination was over, the top 10 percent were assigned to the Okinawa invasion, and the rest went to Fort Lauderdale for landing craft training.

I had been assigned to go to Okinawa before the invasion, and I was headed there when I landed in Hawaii.

There, our group was put into jungle survival training. I was then chosen for temporary duty, but as it eventually turned out, I never shipped out from Hawaii. Admiral Nimitz, who was organizing the ship-to-shore coordination for the Okinawa assault, assigned me to organize the ship-to-shore flow of supplies to support the landing troops because of my organizational abilities at General Motors. 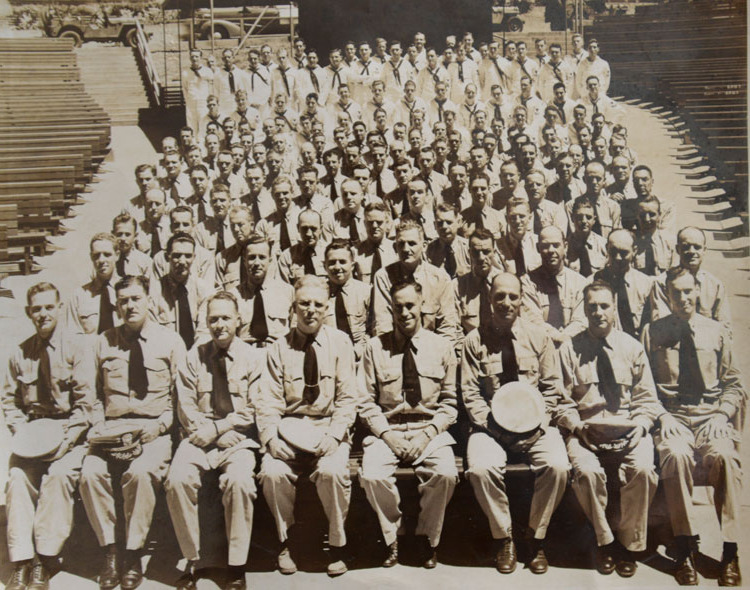 The “90-Day Wonders” in Hawaii

I was next assigned to procure supplies for the forward areas. We had eight or 10 bases on the far side of the ocean. My job was to find the resources for what the bases needed. I was in contact with the coast of California and with bases scattered around the Hawaiian Islands. 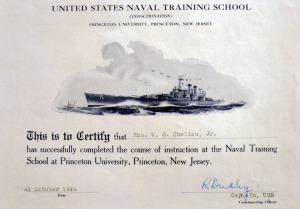 Part of survival training was eating K-rations only. The K-rations were supposed to be good for jungle survival. I was doing this training at the same time I was on temporary procurement duty.

We were doing these studies where everyone was to eat K-rations, but because I was ordering food and material for bases, I personally ate very well. I worked with the Seabees in procurement and would eat steaks with the guys I was dealing with. I did very well in jungle survival!

The forward bases had all this materiel we had sent them for the invasions they were involved in. We had all this stuff and didn’t always know where it came from and where it was going. So I put together an inventory with all the shipping numbers, and tied it all together since no one had kept tabs on it. My captain got a letter of commendation for the info I put together and didn’t know who had done it.

For recreation in Hawaii, we had many baseball games, many of them with major league players. We played all types of card games, and many of them were for stakes that were too high for me. We hung out at the officers’ club, played slot machines, and had good company to relax with. 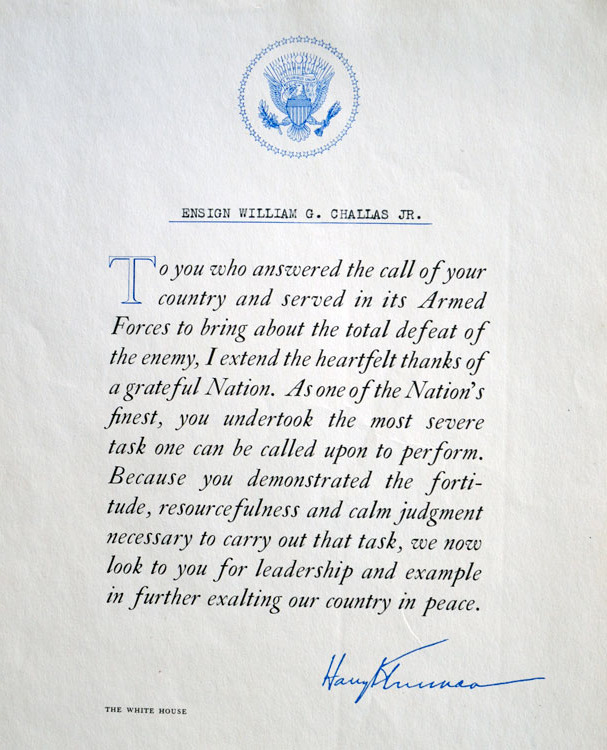 When I was within a month of getting my promotion, the Navy made it contingent upon some of the guys and me going to China or to Alaska. In hindsight it would have been a good deal because I would have gotten my promotion.

But it made me mad that the promotion, which I was up for anyway, had been made contingent on a new assignment.

My son was born while I was stationed in Hawaii. I regret not being home, but it was a small sacrifice compared to the war effort in general.

While stationed in Pearl Harbor, I lived in the officers’ barracks. After the war I was sent back to the states to a base in Chicago, on Lake Michigan, and was discharged from there. 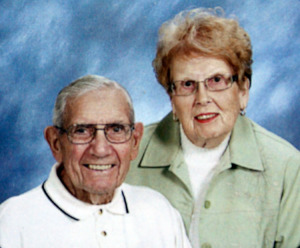 I went back to work at General Motors as a specialist in problem-solving for the works manager.  I also worked for a time as a draftsman in Barberton, Ohio, and I worked for myself as well.

Along the way I divorced and then married my second wife, Janice, who lives here in Sonora with me today. In retirement I played a lot of golf and even invented a golf handicap scoring system that many statisticians claim could be the best thing to happen to golf. I also revised the bowling score system to eliminate “sand-bagging.” 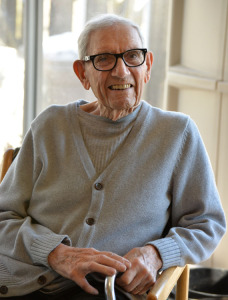 It’s kind of hard at 94 to remember details about my life. I can remember some things, but there are a lot of details I can’t recall.

I do know it was a great experience to have been part of the war effort.